This letter was submitted to Channel News Asia under news-commentary on 1 Jan 2021 by George Jacobs.

Commentary: The rising tide of alternative meat is here and we are the better for it

Viruses, which jump from animals to humans, will not go away anytime soon and this is why it is ever more urgent for us to embrace alternative proteins, says this observer. 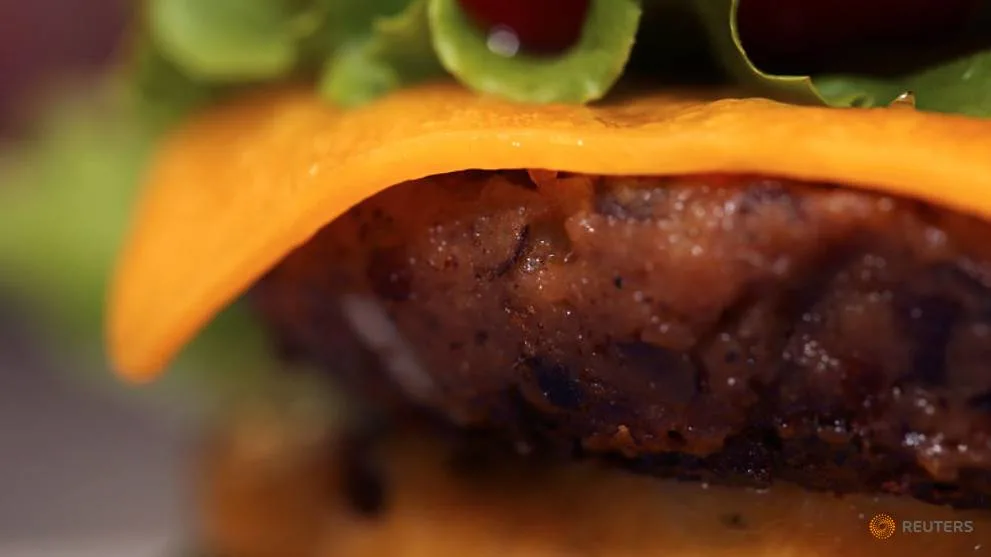 SINGAPORE: I have been spared the worst of 2020. Despite the pandemic, I have been able to go about my daily life and was still able to take walks, go to the library, and have meals with family.

Still, I will join everyone in saying that I hope COVID-19 goes away in 2021.

Unfortunately, experts have already been predicting that humans have not seen the last of killer pandemics. Some state that more deadly ones are lurking, seeing as hundreds of new pathogens are emerging and re-emerging in mutated forms.

What these pathogens have in common is that the majority of them are zoonotic – transmitted from animals to humans.

To halt the spread of zoonotic diseases, three of the world’s top health authorities — the World Health Organization, the Food and Agriculture Organization of the United Nations (UN), and the World Organization for Animal Health (OIE) — came together more than 10 years ago to call for our species to decrease our demand for animal protein.

COVID-19 is providing us with a warning to take this call more seriously. We need to think of how to reform our food system by decreasing our reliance on foods from animals.

THE MARCH TOWARDS ALTERNATIVE MEAT

The availability of alternative proteins had gained momentum even before the pandemic.

In Singapore, for instance, a visit to the supermarket would leave one spoiled for choice with the wide range of plant milks, from the traditional soy milk to oat milk, an emerging favourite, as well as almond, cashew, rice, and even hazelnut milks.

Cafes are featuring similar choices that enhance our coffees and teas.

When it comes to meat alternatives, Asia is more than carrying its weight in a worldwide effort to wean humans off animal-based foods. Examples include vegan yakiniku in Japan, vegan luncheon meat in Hong Kong, plant-based Zhenmeat in Sichuan hotpot restaurants in China and vegan burgers by Malaysia’s Phuture company. 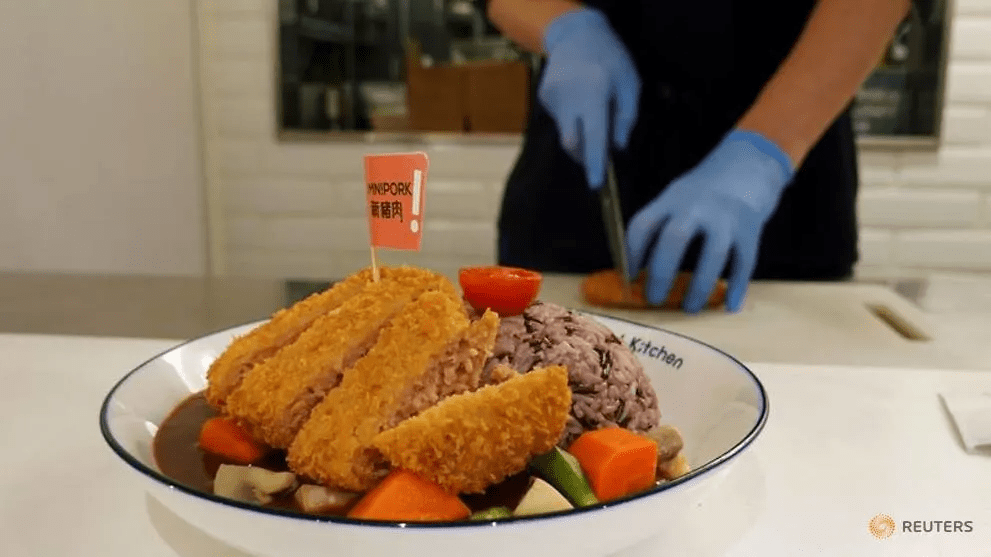 Singapore too has upped its game in the production of meat alternatives. The Government deserves plaudits for all it has done for years to create an infrastructure for the development of new products and processes in the food space.

Its efforts are bearing fruit, or should we say, meeting people’s meat expectations with so many tasty products in the pipeline.

READ: Lab-grown chicken to be sold in Singapore after ‘world’s first’ approval for cultured meat

READ: Commentary: Is lab-grown meat a new frontier or a passing fad?

This month saw Singapore garner headlines worldwide with the approval by the Singapore Food Agency of a cultivated chicken product to be produced and sold here by Eat Just, a US-based company which has been a world leader with its plant-based eggs and mayonnaise.

Other outstanding companies that are benefiting from our government’s foresight are Shiok Meats (makers of cultured seafoods), Sophie’s Bionutrients (makers of high-protein flour), and Karana (who make “meat” from jackfruit), just to name a few.

What do these alternative proteins have to do with reducing pandemic risk? As meat consumption increases worldwide, we desperately need new ways to produce meat, or else we will be breeding more, and potentially more dangerous zoonotic viruses.

The days of old McDonald’s farm where the animals roamed free are long gone. Now, to meet our demand for meat, we have Concentrated Animal Feeding Operations (CAFO), more commonly known as “factory farms”.

Thousands of animals are housed in a single windowless building, thereby creating ideal conditions for viruses to spread. 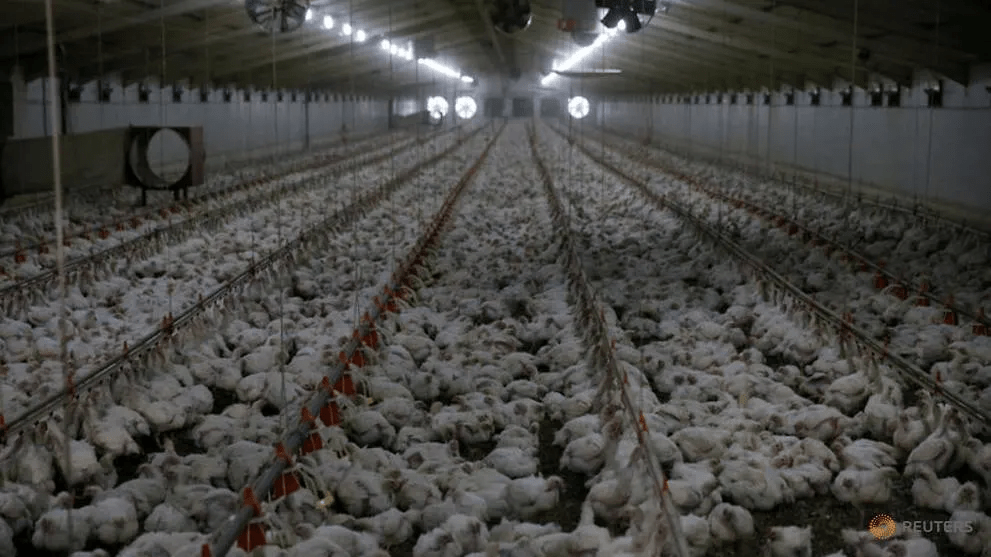 Another major upside is the amount of resources we save when we cultivate meat instead of using conventional methods. The savings in land, water, and energy are enormous.

All of this is not to mention the reductions in greenhouse gases and other forms of pollution intrinsic to conventional meat production.

Back in 2006, the UN’s Livestock’s Long Shadow report warned about the anthropogenic greenhouse gas emissions associated with animal agriculture. Thus, meat alternatives offer a path not just to reducing the threat of new pandemic diseases but also to moving us closer to carbon neutrality.

THE RISING TIDE HELPED BY MANY BOATS

All these alternatives to animal-based foods are coming together in a way that a world figure no less than Winston Churchill predicted in 1932. In an article titled Fifty Years Hence, Sir Winston predicted, “[w]e shall escape the absurdity of growing a whole chicken in order to eat the breast or wing, by growing these parts separately under a suitable medium.”

Well, it’s more like 90 years since, but at least we are arriving.

LISTEN: Feeding the planet and heating it up: how agriculture impacts our environment | EP 5

And, it’s not just start-ups in the alternative protein game. Many of the world’s largest meat companies are now joining the competition to see who can give us the cheapest, tastiest, most convenient, healthiest, and greenest alternatives. 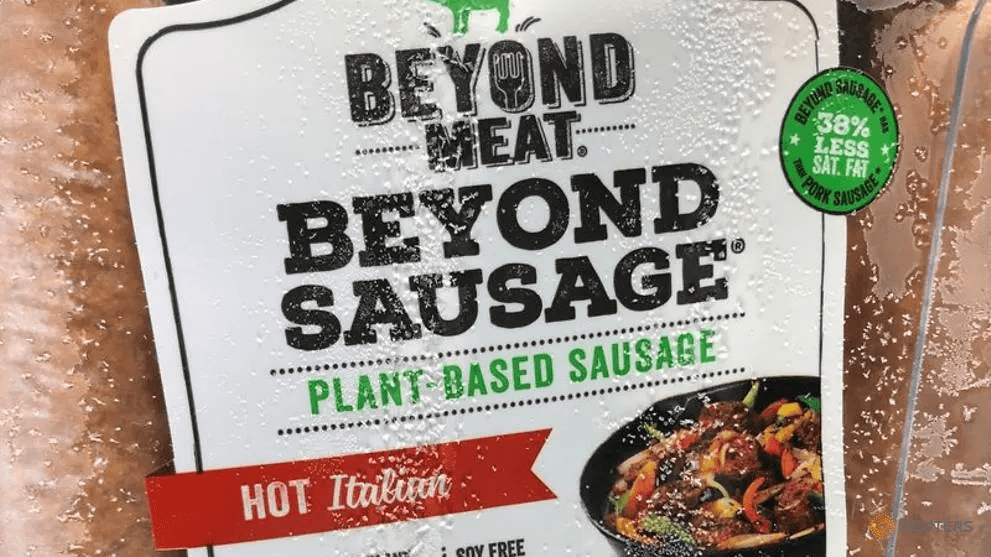 FILE PHOTO: Products from Beyond Meat Inc, the vegan burger maker, are shown for sale at a market in Encinitas, California, U.S., June 5, 2019. REUTERS/File Photo

It’s not David against Goliath; it’s David and Goliath teaming up to achieve a common goal of a healthier world, with a rising tide lifting all boats.

All these moves away from meat were happening even before COVID-19, but the pandemic has sharpened our focus on the need for change.

Happily, by switching away from animal-based foods, we not only lessen our risk of new, potentially worse pandemics, but at the same time, reduce greenhouses gases, promote technology, support food self-sufficiency, and decrease the burden we place on other animals.

Consumers too are moving the needle in this area – they are becoming more aware and want to switch.

A 2019 YouGov survey showed that two out of five people in Singapore are flexitarian – choosing to eat mostly plant-based foods and having meat in moderation.

While the number of vegans in Singapore remains in the low single digits, the number of “reducetarians” (those looking to reduce their consumption of animal-based foods) appears to be rising.

As consumers are the ones who ultimately affect the supply chains, this trend augurs well for this industry.

In that regard, 2020 was not such a horrible year after all – at least not in our march towards more sustainable food.

Dr George Jacobs is an educator and activist for a greener, kinder world. The former president of Vegetarian Society (Singapore), George serves on the board of Kampung Senang Charity and Education Foundation.