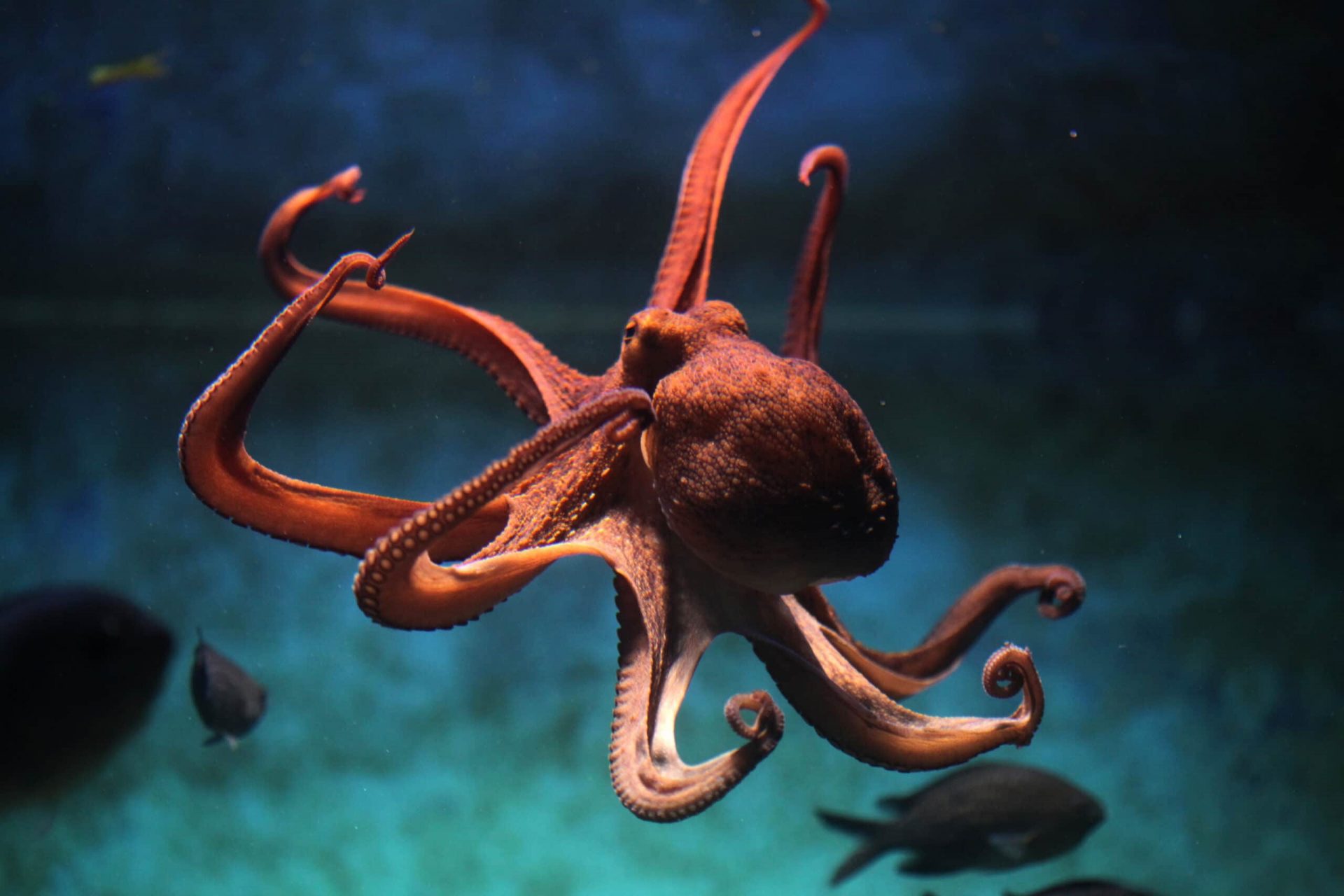 Cephalopods are members of a class of molluscs that feature squids, octopuses, cuttlefishes, and nautiluses. While these “freaky” friends have gained notoriety for their noteworthy features which include arms/tentacles, prominent heads, and bilateral body symmetry, only recently have we started to learn more about the mental and physical capabilities that separate them from other classes of organisms.

Squid Are Not “Blur” at All

When people in my home country of Singapore do something that does not seem very smart, others may label them as “blur like sotong,” a popular phrase with less than desirable meaning.  “Blur” is slang for being dim-witted or oblivious to what is happening around you, and “sotong” means squid in the Malay language. This phrase has been giving squids a bad name for decades, but evidence is emerging that squids and their cephalopod cousins, octopuses and cuttlefishes, are surprisingly intelligent.

For example, Dr. Wen-Sung Chung and Professor Justin Marshall at University of Queensland’s Queensland Brain Institute used MRI technology to map squid brains. The researchers found that modern cephalopods have complex brains, approaching the neuronal numbers of the brains of dogs and topping those of mice and rats.

With these brains, cephalopods can use camouflage, communicate with others, solve problems, and notice patterns. One particularly amazing ability that squids share with some mammals, reptiles, birds, and even insects is called countershading camouflage. This is an ability in which different parts of organisms’ bodies take on different colors. This allows these animals to camouflage themselves regardless of the level of illumination.

A 2020 documentary on Netflix, My Octopus Teacher, captures the evolution of an incredible friendship between an octopus and a human, Craig Foster, in the kelp forests off South Africa. Exploring with just goggles and a snorkel, Foster comes upon the octopus and somehow wins her trust. It’s beautiful to watch their friendship bloom.

In one particularly poignant scene, Foster sees that his octopus friend is about to be attacked by a pyjama shark but does not intervene. Instead, he films the entire encounter. Fortunately, the octopus survives with only the loss of an arm which she regrows. The film has a bittersweet ending (spoiler alert) in which Foster’s son encounters what may be an offspring of his father’s teacher.

Some scientists are asking themselves whether octopuses should be considered the world’s smartest nonhumans. Researchers from Museums Victoria in Australia were able to capture first-of-its-kind footage of an octopus using a coconut shell as armor. Mark Norman, part of the team of researchers, recounted that he and his fellow investigators were so blown away be the octopus’ behavior that, “It was hard not to laugh underwater and flood your (scuba) mask.” This is an octopus that runs around collecting shells, stacking them, running along with them underneath its body, and then assembling them as perfect armour if a predator comes along. This may be one of the first captured instances of invertebrates using tools. The scientists think the octopus probably first started out using clam shells but graduated to coconuts discarded by humans when the coconut shells became plentiful.

The name “cephalopod” comes from the Greek name for “head foot,” referring to how the head of a cephalopod directly connects to their eight or more arms. It turns out the Greeks chose their name perfectly. CNN quoted Science magazine as raving about the brains of cephalopods, although “brains” were in quotation marks. This is because these brains, actually clusters of nerve cells, can be found in each of the eight arms of some octopuses, complementing the main brain, and allowing each arm to function independently to achieve octopuses’ goals. This may be a bit like researchers at Johns Hopkins University speculating that we humans have brains in our guts, however, it sheds a completely new light on the complex and impressive mental and physiological capabilities of our cephalopod friends.

Given their intelligence, it should come as no surprise that cephalopods may have dominated the marine world 500 million years ago. The fact that cephalopods are still around after five mass extinctions speaks wonders for the adaptability and resilience of these cerebral creatures. Let’s give them the respect they deserve by taking action to protect their ocean habitats and thinking twice before putting them on our dinner plate.